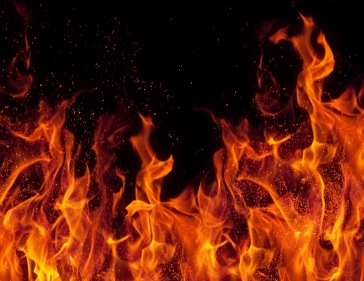 Tragic as they are, the wildfires that had destroyed more than 1,000 homes in Texas and claimed at least four lives at the time of this article’s posting are hardly a surprise in light of the latest statistics about the historic heat and drought that have already generated a lengthening litany of other woes for Texans this year.

John Nielsen-Gammon, the state climatologist who says the current drought has been aggravated by man-made global warming, placed the current rash of wildfires in the climate context of some new statistics in a blog post on Tuesday:

The preliminary numbers from the National Climatic Data Center (NCDC) are in: The Texas average temperature in August was 88.1 F, 2.4 F above the previous warmest August (1952). This also breaks the all-time record for hottest month in Texas history. The records go back to 1895, but the previous record, 87.1 F, was set just last month. Whatever the contribution from urban warming and poor [weather] station siting, it’s quite small compared to the temperature extremes we’ve been seeing this year.

Combined, the three months June-August averaged 86.8 F. This sets the all-time record for hottest summer in the lower 48 states. Oklahoma was running neck and neck, but came in at 86.5 F. Both shattered the previous record, 85.2 F, set by Oklahoma in 1934. Oklahoma can be consoled by the fact that it still owns the record for hottest individual month, 88.9 F in July 2011.

I call it a Pyric (rather than Pyrrhic) victory because the drought and heat have turned the Lost Pines of Bastrop into their own funeral pyre, the Bastrop fire being the largest of several fires that continue to burn out of control. The drought has produced the necessary fuel conditions, and the combination of [Tropical Storm] Lee and the first strong cold front of the season provided the strong winds and low humidity needed for rapidly-spreading wildfires.

The most commonly-used drought index, the Palmer Drought Severity Index, is now at -7.75 according to NCDC. This is the second-lowest monthly value in Texas history, exceeded only by the -7.80 calculated for September 1956. This index is most sensitive to drought on a 6-12 month time scale; water supply impacts were generally worse in 1956 because that drought began in 1950. The present drought is the most severe one-year drought on record for Texas.

One of the most devastating wildfire outbreaks in Texas history left more than 1,000 homes in ruins Tuesday and stretched the state’s firefighting ranks to the limit, confronting Gov. Rick Perry with a major disaster at home just as the GOP presidential contest heats up.

More than 180 fires have erupted in the past week across the rain-starved Lone Star State, and nearly 600 of the homes destroyed since then were lost in one catastrophic blaze in and around Bastrop, near Austin, that raged out of control Tuesday for a third day.

Whipped into an inferno by Tropical Storm Lee’s winds over the weekend, the blaze burned at least 40 square miles, forced the evacuation of thousands and killed at least two people, bringing the overall death toll from the outbreak to at least four.

Houston Chronicle science writer Eric Berger, meanwhile, had data from the Texas Forest Service on his blog that provided more grim context for the current fires:

I take that back. This year’s wildfire season has annihilated the previous records. “Break” isn’t nearly strong enough.

In short, it’s a terrible year for fires, and with little relief in sight expect the disastrous trend to continue.

The Austin American-Statesman and Christian Science Monitor reported on development patterns that contributed to the extent of the current fires’ devastation.

The wildfires burning across Central Texas struck with a breathtaking suddenness, but to those who have been paying close attention, the conflagration is less a surprise than an inevitability.

“This is not just the perfect storm,” said Kevin Baum, a retired assistant fire chief in Austin who studied the city’s wildfire threat in 2003. “It’s the perfect setup.”

The fires struck west of Austin, in places like Spicewood at the edge of the rocky Hill Country. And they hit even more dramatically to the east, scorching more than 25,000 acres of the relatively flat pinewoods of Bastrop County. Fire crews are concentrating on saving lives and putting out the fires, and in most cases have not determined what caused the first sparks.

But one thing is clear: those sparks would not be so dangerous if people were not moving en masse to the fire-prone areas around Austin.

“These (fires) are happening at a time when we’ve got a fair amount of sub-suburban growth,” said Roger Wittie, head of the Environmental and Agricultural Management Department at Tartleton State University. “In many cases, you’re building around fuels.”

That became a problem over the weekend. The hottest summer on record combined with a hard drought to create a tinderbox. Winds fueled by a Gulf storm appear to have been the final piece.

Housing a booming population by pushing development outward is part of the reality of America’s demographic ebb and flow from struggling states to booming ones, experts say. But this year’s drought-driven wildfires have exposed the costs of strategies that put new homes in danger zones.

“In rapidly growing population areas like Austin, as more and more of the desirable land fills up, you get kind of a pushing in and a pressure to build in the zone that everybody knows you shouldn’t be building in,” says George Rogers, a senior research fellow at Texas A&M University’s Hazard Reduction and Recovery Center. “As your population expands, it’s a natural consequence: You have built-in pressure to build in less safe places.”