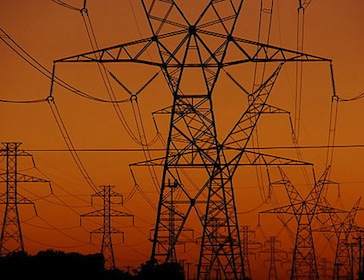 Texas officials and utility companies have warned of dire economic outcomes in the state from a new federal crackdown on coal power plants’ air pollution, including lost jobs and power disruptions. Texas uses more coal than any other state.

Critics of the Environmental Protection Agency’s rules contend that the affected power plants in Texas can’t meet a cleanup deadline at the end of the year and that compliance would involve expensive actions such as installing new emission-control equipment, switching fuels, and, in some cases, shutting down plants before their scheduled retirement.

The EPA, which announced the new national rules last month to reduce health-threatening sulfur dioxide (SO2) that drifts across state boundaries, disputed such claims. The regulations will affect coal-fired plants in 28 states.

Now, a prominent Wall Street research firm has reported that its analysis largely supports the EPA’s assertion that Texas plants can meet the new pollution requirements merely through constant operation of existing equipment, called scrubbers, that removes sulfur from emissions.

The report by Bernstein Research concluded that “if coal fired generating units in Texas were to run their existing scrubbers continuously, and if unscrubbed units were to achieve the SO2 emissions rates they have historically when burning lower sulfur coal, the state of Texas could likely comply with its SO2 budget under [the EPA’s Cross-State Air Pollution Rule, or CSAPR] in 2012.

The research firm elaborated with regard to the possible need of different utilities to purchase emission allowances from others. Under the EPA’s new sulfur dioxide rules, as under earlier federal pollution regulations, a company can buy a pollution allowance, or permit to emit a certain amount of SO2, from another one that will not emit that amount.

[…] if all existing scrubbers were to operate continuously, we estimate that the SO2 emissions of PNM Resources, NRG Energy and American Electric Power would be less than their individual allocation of SO2 allowances under CSAPR. The estimated SO2 emissions of Xcel Energy and Energy Future Holdings, however, would exceed their respective allowance allocations.

This analysis suggests that Energy Future Holdings would be required to buy some 20 million tons of SO2 allowances annually to cover its emissions, resulting in an incremental annual cost of $15 million. We calculate that Xcel Energy would be required to purchase 10 million tons of allowances annually, at an annual cost of $7 million.

We note that Xcel Energy, as a regulated utility, could pass through this cost to its customers, while Energy Future Holdings, as a competitive generator, would see its after-tax earnings reduced by an estimated $10 million annually.

On the other hand, NRG Energy would likely benefit from the sale of some seven million tons annually of excess SO2 allowances, potentially adding $5 million to annual revenues. We calculate that American Electric Power might also have an excess of allowances, worth $1 million annually to the company.

The Dallas Morning News reported that Energy Future Holdings (EFH), the Dallas-based electric utility formerly named TXU, was sticking by its projection that it would have to scale back production of electricity next year if it cannot get the EPA to reverse its SO2 mandate or allow more time for compliance. Failing that, the company said it would will sue the federal agency.

In the same article, the Morning News noted that EFH reported “wider losses” during a quarterly conference call last week, with an 18 percent decline in its total electricity sales and an eight percent drop in the number of retail customers.

The newspaper reported this company response to Bernstein’s conclusions:

Campbell said switching to a cleaner type of coal would cut emissions, but it also requires upgrades to some plant boilers before EFH could run those plants at full capacity. That’s because the boilers weren’t designed for that type of coal, which requires higher boiler temperatures, he said.

Executives said boosting the use of existing emissions control equipment, called scrubbers, could help, but won’t solve the problem. Four of Luminant’s 12 coal plant units don’t even have scrubbers.

“It’s not a stroke of a pen or a wave of a wand. This is not an easy thing to do, given the level of reductions required in the short time frame,” Campbell said.

Consistent with Texas Republicans’ previous denunciations of the Obama administration’s air pollution initiatives on health-threatening and climate-altering emissions alike, much of the criticism of the EPA’s new rules for coal plants by government officials has come from Republicans.

For instance, Bryan W. Shaw, Gov. Rick Perry’s appointee as chairman of the Texas Commission on Environmental Quality, wrote an op-ed column that appeared in a number of Texas newspapers, alleging that the new EPA rules are actually intended to hurt Texas, not reduce environmental hazards.

This rule will impose great costs on coal-fired power plants, causing some to shut down or curtail operations, threatening the state’s electrical capacity reserve margins needed to avoid power disruption during times of peak demand. Such a scenario could lead to blackouts, which create serious health risks to Texans dependent upon reliable energy. Despite EPA’s assurances, it is difficult to see how other sources of energy – natural gas-fired plants, solar, or wind energy – can compensate for these shutdowns, given the rule’s January 2012 compliance date. If power plants are forced to shut down or curtail operations, Texans and the Texas economy will suffer.

In a subsequent op-ed column in the Houston Chronicle, state Rep. Garnet Coleman, a Democrat from Houston, looked on the regulations with favor, though he supported the claim by utility officials that they need more time to comply than the year-end deadline now in place.

As an avowedly “steadfast supporter of President Obama and his administration,” Coleman unsurprisingly did not embrace Shaw’s allegation that the administration’s true motive is to harm Texas:

Implementing [the new rules] will help our nation enjoy cleaner air and have a healthier population. That’s a goal we should all support.

Because Texas is such a large producer of energy, however, it may be difficult for our generators to make such significant changes in the six months the EPA has given Texas to get in compliance. To do so in such a tight time frame means some plants may need to reduce operations or, in some cases, even shut down. These plants often serve as the economic engine of local economies, providing jobs and serving as some of the largest taxpayers in the state. Their closure would put jobs at risk and could lead to higher electricity prices for consumers in my district and across the state.

A better approach would be to phase in the changes by establishing meaningful bench- marks. Texas should begin immediately to lower emissions by the six-month deadline, but should have flexibility on the back end to come fully into compliance.