It’s hot these days in Texas – Dallas had its thirteenth straight day of triple-digit temperatures today, for instance, and the state’s AC-driven electricity demand hit a new record high on Wednesday. 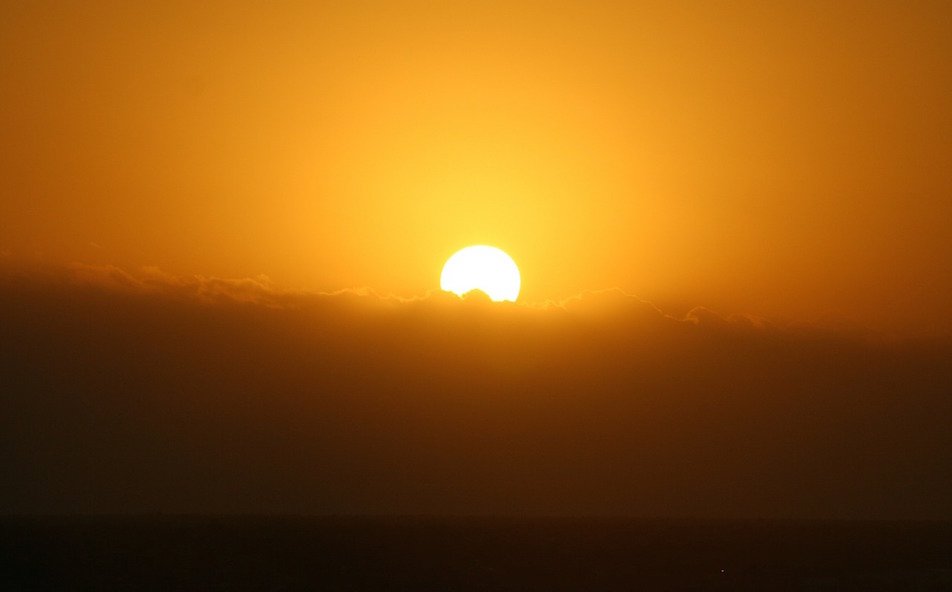 Still, there’s nothing unusual about a hot summer in the Lone Star State, and nothing so far suggests the summer of 2010 will be jaw-droppingly memorable here.

Following a June with above-normal temperatures “across the state,” July temperatures were “slightly above normal” in the eastern half of the state and “below normal” in the western half, the Office of the Texas State Climatologist at Texas A&M University concluded in the latest monthly reports.

Weather extremes and related events are attracting enough notice in other parts of the U.S. and around the world, however, that an unsurprising question is being asked in some quarters: Could they be evidence of manmade global warming and climate change?

Without pronouncing on that question (the writer of this TCN Journal post is a journalist, not a scientist), here’s a collection of some of the recent headlines that are prompting it:

From floods in Pakistan to droughts in Russia, “extreme and very unusual” weather across the world is bringing death and misery to millions of people.

An island of ice more than four times the size of Manhattan is drifting across the Arctic Ocean after breaking off from a glacier in Greenland.

Potentially in the path of this unstoppable giant are oil platforms and shipping lanes – and any collision could do untold damage. In a worst case scenario, large chunks could reach the heavily trafficked waters where another Greenland iceberg sank the Titanic in 1912.

It’s been a summer of near biblical climatic havoc across the planet, with wildfires, heat and smog in Russia and killer floods in Asia. But the moment the Petermann glacier cracked last week – creating the biggest Arctic ice island in half a century – may symbolize a warming world like no other.

The last decade was the warmest on record, continuing a long-term trend of rising global temperatures, according to a new report crafted by scientists from dozens of nations.

The Hill, Aug. 9
NOAA: July hotter than normal in the U.S.

July was the 17th warmest in the U.S. since the start of the 20th century, while it was the warmest July on record for several East Coast states and cities, according to a report released Monday by the National Oceanic Atmospheric Administration.

Devastating floods in Pakistan and Russia’s heatwave match predictions of extremes caused by global warming even though it is impossible to blame mankind for single severe weather events, scientists say.

This year is on track to be the warmest since reliable temperature records began in the mid-19th century, beating 1998, mainly due to a build-up of greenhouse gases from fossil fuels, according to the U.N. World Meteorological Organization (WMO).

Floods, fires, melting ice and feverish heat: From smoke-choked Moscow to water-soaked Iowa and the High Arctic, the planet seems to be having a midsummer breakdown. It’s not just a portent of things to come, scientists say, but a sign of troubling climate change already under way.

During an unparalleled heat wave, President Dmitri Medvedev of Russia steps up his climate warnings. “Everyone is talking about climate change now. Unfortunately, what is happening now in our central regions is evidence of this global climate change, because we have never in our history faced such weather conditions in the past,” he says. “This means that we need to change the way we work, change the methods that we used in the past.”

Russia’s ongoing heat wave, along with its disastrous fallout, may have finally persuaded the Kremlin to combat climate change.

Russian officials, who have until now resisted dramatic action out of fears it would dampen economic growth, have lately issued strong statements linking global warming to the emergency Russia is currently facing. Some hope the abrupt change of tune will result in more effective environmental policies, even after the smog dies down.

A deep layer of smog from wildfires around Moscow hung over the Russian capital Saturday, prompting many city residents to wear masks and causing dozens of flight delays and diversions at the city’s airports.

The daily mortality rate in Moscow has doubled and morgues are overflowing amid an acrid smog caused by the worst heatwave in Russia’s thousand-year history, officials said Monday.

The head of weather forecaster Rosgidromet said that nothing similar had been observed in the millennium history of the Russian state, which dates back to the acceptance of Christianity by ancient Russia in the late 10th Century.

“From the moment of the foundation of our country, we can say, in the last period of 1000 years, no similar heatwave has been observed neither by ourselves nor by our ancestors,” Alexander Frolov said.

“This is a completely unique phenomenon,” he told a televised news conference.

“There are no observations of this in the archives.”

Smoke from forest fires smothering Moscow adds to health problems of “brown clouds” from Asia to the Amazon, and Russian soot may stoke global warming by hastening a thaw of Arctic ice, environmental experts say.

Pakistan floods have already affected as many as 12 million people and destroyed or damaged more than 600,000 homes, say Pakistani officials. That’s already worse than the 2005 earthquake, but monsoon season is only half over.

While climate scientists say single flooding events can’t be directly blamed on global warming, more intense droughts and floods could be in the forecast for the future.

And for Pakistan’s 160 million people, many already facing regular droughts and floods, that could cost more lives and threaten cotton, wheat and rice crops and infrastructure.

More rains are expected in the next 24 hours in the nation’s central Punjab province and in the northwest, the worst-hit region, Muhammad Riaz, the chief meteorologist in Karachi, said earlier today. Information Minister Qamar Zaman said 722,000 homes have already been damaged and flooded roads are hampering relief efforts. The U.S. yesterday pledged an additional $20 million in emergency aid, bringing its total promised to $55 million.

Niger has not been in the headlines since 2005, when stories of children dying of acute malnutrition flooded the media. But the crisis was never fully dealt with, and now it threatens to reappear in full-force if immediate action is not taken.

Thousands of homes have been flooded in and around Niamey.

Some five thousand people in Niger lost their homes and crops after the River Niger burst its banks at the weekend.

The United Nations World Food Programme (WFP) has begun a major round of feeding for 670,000 children under the age of two and their families in drought-stricken Niger, where as many as eight million people need assistance.

A British research team studying the Greenland ice sheet has discovered evidence of a rapidly accelerating rate of melt.

Dr. Alun Hubbard, leading a team from the universities of Swansea and Aberystwyth, said the ice sheet in their region had lowered six metres in just a month.

The phenomenon is caused by surface melt, a vicious cycle in which melted ice brings about further thawing of the cap beneath it.

Canadian Press, Aug. 11
Massive ice island will probably break up, but it could still be a threat

Tony King, a senior project engineer with C-Core, a research firm that serves the offshore oil and gas sector, said the ice island — the largest of its kind in the northern hemisphere since 1962 — calved from a glacier that is notorious for producing icebergs with a deceptively low profile.

Sea levels could rise by up to seven metres if greenhouse gas emissions were not scaled back, a panel of leading geoscientists has told the US Congress.

The warning came as a vast ice shelf, about 260 square kilometres in size, continued to fall away from Greenland’s Petermann glacier, the largest iceberg shed by the island in half a century.

The geoscientists told Congress Greenland might cease to exist, with the island rapidly approaching a tipping point that would see much larger masses of ice melting, pushing up the average level of oceans around the world.

Massachusetts Congressman Edward Markey has a suggestion for how to use a giant ice island that recently broke off a glacier in Greenland. He says it’s plenty big enough for people he calls “global warming deniers” to start their own country.