No matter how often scientists repeat that individual weather events and long-range climate trends are not the same thing, global warming skeptics like to cite extreme episodes of winter weather to argue that there isn’t really much cause for concern. 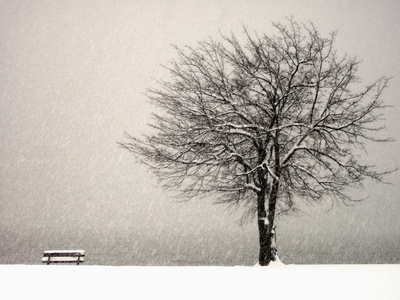 Huge snowstorms that blanketed the Mid-Atlantic and Northeast this month have proved no exception, and Texas scientists have joined the ensuing public dialogue.

Republican politicians and conservative commentators have been using recent snow-dumps to bolster their attack on the science behind human-caused warming and proposals to mitigate its climate-changing impacts.

For instance, Oklahoma Sen. James Inhofe, who has claimed that manmade warming is a “hoax,” seized the moment to publicize an igloo bearing the sign “Al Gore’s New Home,” which members of Inhofe’s family had built in Washington.

Fox News, not surprisingly, had some fun with that one – a correspondentintroduced an interview with Inhofe on Thursday by declaring that the heavy snow in Washington and other locations had made it “a rough week for Al Gore and global warming alarmists everywhere.”

An editorial in the conservative Washington Times on Thursday echoed Inhofe’s “hoax” accusation: “Record snowfall illustrates the obvious: The global warming fraud is without equal in modern science.”

Scientists have taken the opportunity provided by such rhetoric to explain that mammoth snowstorms are actually consistent with the effects that experts anticipate warming-instigated climate change will include.

One making that point was Katharine Hayhoe, a climate scientist on the faculty of Texas Tech University in Lubbock. She was one of the authors of a major federal report issued in 2009, “Global Climate Change Impacts in the U.S.”, which included this projection: “Cold-season storm tracks are shifting northward and the strongest storms are likely to become stronger and more frequent.”

Hayhoe was quoted in an article by Brian Bethel that was published Wednesday by the Abilene Reporter-News:

Climate is something observed over time — 30 years or more, (Hayhoe) said. And what we’re seeing is a change in what would be considered normal.

But more important to current conditions is that the first and “most obvious” sin of climate change, Hayhoe said, is an increase in “extreme events,” something she said can be seen on a global scale.

Heat waves, drought, heavy rainfall, and yes, even snowstorms and blizzards, are getting more and more frequent, she said.

“As the atmosphere warms, it can hold more water vapor,” she said. “And the amount of water vapor it holds has actually increased by about 5 percent, on average, around the world just over the past few decades.”

That means more water in the atmosphere to make rain if temperatures are above freezing, or to make snow if it’s below freezing, Hayhoe said.

“So with these large storms, wherever they are, they just have more precipitation,” she said.

Jeff Masters, co-founder and director of meteorology for Weather Underground, a private weather forecasting service, got some media attention for his observations in a blog post early in the week that included these passages:

Global warming skeptics regularly have a field day whenever a record snow storm pounds the U.S., claiming that such events are inconsistent with a globe that is warming. If the globe is warming, there should, on average, be fewer days when it snows, and thus fewer snow storms. However, it is possible that if climate change is simultaneously causing an increase in (the) ratio of snowstorms with very heavy snow to storms with ordinary amounts of snow, we could actually see an increase in very heavy snowstorms in some portions of the world. There is evidence that this is happening for winter storms in the Northeast U.S. – the mighty Nor’easters like the “Snowmageddon” storm of February 5-6 and “Snowpocalypse” of December 19, 2009.

Of course, both climate change contrarians and climate change scientists agree that no single weather event can be blamed on climate change. However, one can “load the dice” in favor of events that used to be rare – or unheard of – if the climate is changing to a new state. It is quite possible that the dice have been loaded in favor of more intense Nor’easters for the U.S. Mid-Atlantic and Northeast, thanks to the higher levels of moisture present in the air due to warmer global temperatures. It’s worth mentioning that heavy snow storms should be getting increasingly rare for the extreme southern portion of the U.S. in coming decades. There’s almost always high amounts of moisture available for a potential heavy snow in the South–just not enough cold air. With freezing temperatures expected to decrease and the jet stream and associated storm track expected to move northward, the extreme southern portion of the U.S. should see a reduction in both heavy and ordinary snow storms in the coming decades.

In a post on his own blog, published on the Houston Chronicle’s Web site, John Nielsen-Gammon, who is the Texas state climatologist and an atmospheric science professor at Texas A&M University, took issue with the idea that Washington’s heavy snows of late could be a result of global warming, because of that city’s location “on the edge (in terms of winter precipitation): sometimes rain because it’s warm, sometimes snow because it’s cold.”

Nielsen-Gammon added that, regardless of whether the atmosphere is warming up:

How can that be? you might say.  If there’s more water vapor in the air globally, a given storm should produce more snow, shouldn’t it?  Not quite.  It should produce more precipitation.  And therein lies the rub.  Take a given storm, optimally configured for heavy snow for D.C. in the year 1900, and let global warming raise its temperatures and water vapor.  Now that same storm would produce more precipitation, but it would fall mostly as rain in D.C.  Start with a colder storm (with correspondingly less snowfall) from 1900 and apply global warming, and you do indeed get more snow, but not more snow than our first optimal storm from 1900 would have produced.

In conclusion, any link between global warming and the recent East Coast snowstorms is either flawed or is sheer speculation.  Such a link might indeed exist, but for now, for all we know, they are simply historic snowstorms.

Such scientific explanations may be beside the point, however, with regard to Congress’ action or inaction on climate legislation in coming months. Washington’s record snowfall appeared to have “buried the chances of passing global warming legislation this year,” Alexander Bolton of the Washington-based newspaper The Hill reported:

Sen. Jeff Bingaman (D-N.M.) said the blizzards that have shut down Congress have made it more difficult to argue that global warming is an imminent danger.

“It makes it more challenging for folks not taking time to review the scientific arguments,” said Bingaman, who as the chairman of the Energy and Natural Resources Committee has jurisdiction over energy and climate change issues.

“People see the world around them and they extrapolate,” Bingaman said. “I think that it’s hard to see an economy-wide cap-and-trade [proposal] of the type that passed the House could prevail,” he added, though he suggested a more limited alternative could have a better chance.

Reflecting on “global warming’s snowball fight” in a piece published today, the Washington Post political columnist Dana Milbank opined that “argument-by-anecdote isn’t working” in the climate debate, regardless of which side is waxing anecdotal:

For those concerned about warming, it’s time for a shift in emphasis. Fortunately, one has already been provided to them by Sen. Lindsey Graham (R-S.C.), who has done more than any Democrat to keep climate legislation alive this year. His solution: skip the hurricanes and Himalayan glaciers and keep the argument on the hundreds of billions of dollars spent annually on foreign oil, some of that going to terrorists rather than to domestic job creation.

Al Gore, for one, seems to realize it’s time for a new tactic. New TV ads released during last week’s blizzards by Gore’s climate advocacy group say nothing about climate science. They show workers asking their senators for more jobs from clean energy.

That’s a good sign. If the Washington snows persuade the greens to put away the slides of polar bears and pine beetles and to keep the focus on national security and jobs, it will have been worth the shoveling.