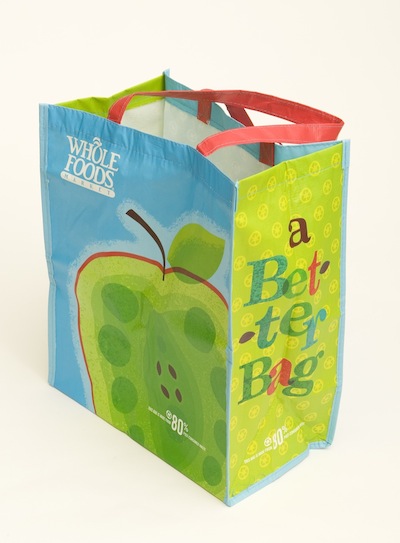 Whole Foods does a lot to reduce its carbon footprint – it ranked fourth in the U.S, Environmental Protection Agency’s latest list of the 50 corporations and government entities that buy the most “green power.”

Even so, Mackey was recently quoted expressing strong skepticism about the science underlying the conclusion that human activities are altering the earth’s climate. His views on the subject were reported in a lengthy profile in the Jan. 4 issue of The New Yorker. The passage in question was part of a discussion of Mackey’s voracious reading and the books he was reading at the time of the interview:

One of the books on the list was “Heaven and Earth: Global Warming – the Missing Science,” a skeptical take on climate change. Mackey told me that he agrees with the book’s assertion that, as he put it, “no scientific consensus exists” regarding the causes of climate change; he added, with a candor you could call bold or reckless, that it would be a pity to allow “hysteria about global warming” to cause us “to raise taxes and increase regulation, and in turn lower our standard of living and lead to an increase in poverty.” One would imagine that, on this score, many of his customers, to say nothing of most climate scientists, might disagree. He also said, “Historically, prosperity tends to correlate to warmer temperatures.”

According to the EPA, Whole Foods buys more than 790 million kilowatt hours of “green power” annually – specifically, power from wind and solar generation – an amount equivalent to 105 percent of the electricity the company actually uses.

Whole Foods itself describes a number of its corporate policies and actions in terms of their role in fighting climate change caused by emissions of greenhouse gases. Some examples from the “Green Mission” page on its Web site: