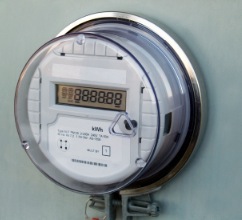 The U.S. Department of Energy said in an announcement:

The end result will promote energy-saving choices for consumers, increase efficiency, and foster the growth of renewable energy sources like wind and solar.

The $3.4 billion in grant awards are part of the American Reinvestment and Recovery Act, and will be matched by industry funding for a total public-private investment worth over $8 billion.

The Texas utilities that will receive grants and details of the funded project, according to the DOE:

Oncor, which operates power lines in the Dallas area, and Austin’s city-owned utility also requested funding under the grant program but were both turned down.

The Dallas Morning News reported that Oncor will still be installing new technolgy without the federal grant money:

Oncor, 80 percent owned by Energy Future Holdings, still plans to install advanced meters at every home and business in its territory. Customers are already paying a fee on their utility bills, approved by the Public Utility Commission, to cover the cost.

Customers in the Oncor territory will pay an average of $2.21 a month for 11 years for the new meters. The total cost of the upgrade for Oncor is $686 million, and Oncor had applied for $317 million in federal grants.

The Houston Chronicle reported, meanwhile, that the stimulus funds will reduce the time needed for CenterPoint’s installation of smart meters from five to two years:

Since early this year, customers have paid an extra $3.24 monthly charge. After two years, the payment will drop to $3.05 but will continue for several more years.

The funds will also go toward the installation of equipment to help automate the rerouting of power throughout the area’s electricity distribution system during outages.

Reliant Energy will use its funds to roll out a handful of services to customers with smart meters, including a weekly e-mail update on electric usage, an in-home device to monitor electricity use and costs in real-time, ways to communicate with home appliances designed to work with the new technology, and retail power plans that charge less for electricity customers use during times of low demand.

The Austin American-Statesman reported that Austin Energy, that city’s utility, had asked for a $100 million grant to accelerate its “green-energy initiative,” but still has a chance at more money to be awarded in November:

“If you look at the ones that were awarded, particularly in Texas, most were for projects we’ve already completed or have plans to complete,” (general manager Roger) Duncan said.

At the end of the month, Austin Energy will finish switching its customers to smart meters that radio back regular reports on energy use. The new meters will eliminate the need to send employees once a month to check how much power a home or building used.

The meters are part of a larger effort by the city to use its grid to establish Austin as a major player in the green-energy business.

Business Week, meanwhile, took a wide-angle look at the  administration’s effort to boost such projects, explaining that the attraction lies in the prospect that “…meters can report in, appliances can control how much energy they use, and electricity stored in batteries can supply quick jolts of energy where needed, replacing the expensive power plants now used to meet peak power needs.”

One of the expected payoffs, if electric cars become ubiquitous, is not just supplying those vehicles with juice but also turning them into an essential part of the grid. In order to meet sudden peak power demands, utilities now must keep turbines spinning, ready to generate power at a moment’s notice. This “spinning reserve” is expensive. But imagine if there were millions of electric cars plugged into the grid and charging. If the grid is smart enough, utilities could temporarily cut back on the power being delivered to the batteries—because the technology will know from experience that the car will still get its full charge despite the interruption—or even draw back minute amounts of electricity from each car. That could eliminate the need to keep turbines on standby, and enable utilities to actually pay people for the right to momentarily tap their car batteries.