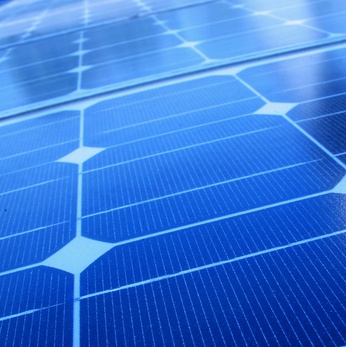 In several of Texas’ major cities this year, achieving that goal has involved letting the public know about their new solar power initiatives – often in superlative terms that don’t always readily lend themselves to simple comparisons.

On Sept. 24, for instance, Houston announced it had picked NRG Energy “to develop, own and operate the largest solar project in Texas to date.”

The project would have the capacity to generate about 10 megawatts (MW) of solar power, which a city press release said “is equivalent to the energy required to power over 7,000 homes” (or 700 homes per megawatt).

The headline on the release said the city and NRG were “developing (the) largest solar farm in Texas.”

In March, Austin’s City Council approved building what its city-owned utility said would be the “the largest solar system in the nation and among the 10 largest in the world.”

The Austin utility said the 30 MW system would generate “energy each year sufficient to power about 5,000 homes” (or 167 homes per megawatt).

In August, San Antonio’s city-owned utility took a different approach in the announcing a power purchase that it said would lead to development of a 14 MW solar project capable of generating enough power for 1,800 homes (or about 129 homes per megawatt).

Combining the 14 MW deal with a June agreement for a 27 MW purchase from a West Texas solar development, the San Antonio utility said the resulting total of 41 MW represented “the most solar-generated electricity under contract in the state of Texas.”

Apart from the civic pride evidently shared by all three cities in building or buying power from major solar projects, the various press releases’ assertions of relative size raise at least a couple of questions.

For one thing, which of the two projects claiming to be “the largest” actually will be? The 10 MW project planned by Houston and NRG or Austin’s 30 MW project?

If approved by Houston City Council, the Houston release said that the Houston-NRG “facility, as proposed, would come online in the second quarter of 2010.” Austin’s earlier announcement said construction of its facility is expected to start in the first quarter of 2010 and be complete by the end of that year.

That timing difference means that the Houston-NRG facility will be “the largest” Texas solar plant in operation before the Austin facility’s projected start-up, NRG spokesman Dave Knox explained in an interview with Texas Climate News.

Another question that might occur to the non-expert reader of the three cities’ announcements relates to their different claims regarding the number of homes their projects will be able to serve. Why are the per-megawatt power numbers so different – 700 homes for Houston-NRG, 167 for Austin and 129 for San Antonio?

The answer apparently lies in the simple fact that different yardsticks are used in the power industry.

NRG, for instance, typically estimates 800 homes per MW as an average usage across its national service area.

By contrast, the Electric Reliability Council of Texas (ERCOT), which manages the flow of electric power for 21 million Texas customers (about 85 percent of the state’s electric load), uses state-specific numbers:

“One megawatt is roughly enough electricity to power 500-700 average homes under normal conditions in Texas, or about 200 homes during hot weather when air conditioners are running for longer periods of time and more often.”

In other words, the Houston release used the high end of the ERCOT range for “normal conditions,” while the announcements by Austin and San Antonio used numbers smaller than ERCOT’s 200-home figure for hot weather with heavy AC use. Of course, there are temperature and other climate differences between Houston near the Gulf Coast and the Austin-San Antonio area of Central Texas.

Terminology issues related to “intermittent energy sources,” such as solar plants, may also shed some light on the cities’ announcements.

Technical terms applied to such power sources “are not standardized, and variations may be used,” a Wikipedia article states.

An intermittent plant’s “nominal” or “nameplate” capacity, for instance, “refers to the normal maximum output of a generating source. This is the most common number used and is typically expressed in megawatts.”

The “capacity factor,” by contrast, “is the average expected output of a generator, usually over an annual period” and is “expressed as a percentage of the nameplate capacity or in decimal form (e.g. 30 percent or 0.30).”

Houston’s announcement said its plan to buy electricity from the NRG solar project is “consistent with the City’s prior renewable purchases and the ongoing weatherization and efficiency efforts that mark the city’s commitment to reducing its impact on the environment while continuing to meet its ongoing energy needs.”

The release added that the “long-term power purchase agreement provides a fixed price over the life of the agreement for the solar generation, protecting the city from price fluctuations due to natural gas price volatility of the type experienced in the summer of 2008 and following Hurricane Katrina in 2005.”

In a skeptical appraisal of the Houston-NRG plan, headlined “Solar deal clouded by bad economics,” Chronicle business columnist Loren Steffy addressed the capacity question and NRG’s agreement to sell power from the solar plant to the city at 8.2 cents per kilowatt-hour, at least during the project’s first year:

Ten megawatts is the plant’s planned capacity, but solar plants don’t produce anywhere near their capacity. If the plant conforms to the national average cited by the federal Energy Information Administration, it will produce only 17 percent of the power it’s capable of generating. In other words, we’re looking at less than 2 megawatts, not 10, which both NRG and the city acknowledge.

And that 8.2 cents? NRG offers that by “blending” solar power with electricity generated from conventional sources such as natural gas or coal. The solar power alone would cost a budget-busting 19.8 cents a kilowatt-hour.

The costs of alternative power were also in the spotlight of an Austin American-Statesman article by reporter Marty Toohey last week, which was headlined “Advocates concerned Austin Energy plans will hurt poor, elderly”:

“My income just barely covers what I have to spend,” said (Leona) Morgan, a sprightly, bone-thin 86-year-old, contemplating the possibility of soaring electric bills. “If my bills go up any more, all I can tell them is, ‘I don’t have any more to give you.’ “

That is a predicament advocates fear an increasing number of low-income and elderly people will soon face in Austin. The city-owned electric provider, Austin Energy, expects bills to rise substantially in coming years, partially because of an aggressive plan to purchase more wind, solar and wood-waste energy and wean the city off fossil fuels, which contribute to global warming.