A video montage with diverse views

What can Houstonians tell the rest of the world about climate change?

French documentary filmmakers felt that they would have a lot to say about mass evacuation from a catastrophic climate event.

Accordingly, interviews with Houstonians will be included in a video documentary about people’s perceptions and attitudes related to climate change. 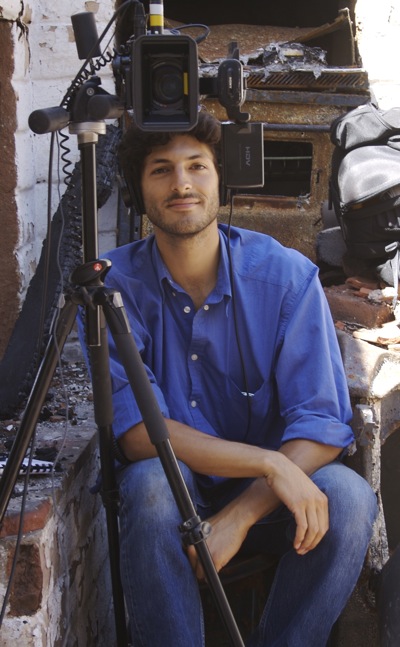 Featuring the faces and voices of people from around the world, it will be shown this December in Copenhagen at an international conference where negotiators will try to complete work on a new treaty to attack global warming.

The assistance given to Katrina evacuees in Houston – by local government, private organizations, families and individuals – was widely praised. Because so many of the people displaced by the hurricane in 2005 came to Houston and because of the welcoming response they received, the team involved in making the documentary wanted to interview Houston-area residents for the documentary, said Emmanuel Cappellin, a member of the team working on the project.

The reception that Katrina evacuees received in Houston “represented one possible example of how cities and countries will react to the mass phenomenon of migration related to climate change,” Cappellin told Texas Climate News.

“That’s why I’m in Houston,” he said. “One group is impacted and another decides how to respond – to reach out a hand or to close the gate. We know that human beings are capable of both.”

The weeklong visit to Houston by Cappellin, a Paris-based filmmaker and photographer, was one of several stops he made on a trip to the U.S. to film interviews for the documentary.

The project team is interviewing about 500 people in 10 countries at locations chosen because they were considered to illustrate possible first signs of manmade climate change. Some of the other locations and some of the reasons for choosing them include California (wildfires, water-agriculture issues), China (sandstorms), Spain (groundwater problems), the Arctic (melting permafrost, effects on hunting and fishing), Bangladesh (sea-level rise, migration of farmers to shantytowns) and Hungary (chronic river flooding).

The producer of the documentary is a French environmental group, GoodPlanet, which was founded by the famed aerial photographer Yann Arthus-Bertrand. The organization’s other activities include programs for offsetting and reducing carbon dioxide emissions (including those produced in the making of the climate documentary itself). Arthus-Bertrand’s work includes the bestselling book of photographs and conservationist text, Earth from Above.

The climate video project, supported by the French Ministry of Ecology and Environment and Energy Management Agency, is being carried out in collaboration with United Nations agencies. Arthus-Bertrand was recently designated as a “goodwill ambassador” for the U.N. Environment Programme.

“Earth from Above has changed me,” he says in a brochure about the climate documentary. “Fifteen years spent flying above the planet have left their mark. I try now to make everyone concerned about environment problems.” 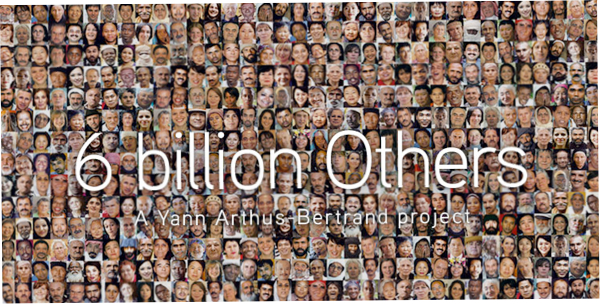 The new video is called “6 Billion Others: Testimonies on Climate Change,” because it will continue and add to a earlier and much broader project by Arthus-Bertrand, “6 Billion Others,” which involved more than 5,000 interviews in 75 countries over a period of four years. In those previous interviews, individuals shared their views and experiences on universal subjects.

To yield a portrait of humanity as a video mosaic, people everywhere were asked the same questions. For instance: What did you learn from your parents?
What would you like to pass on to your children? What challenges have you had to face? What does love mean to you?

Arthus-Bertrand says in the climate documentary brochure that the intent of the original “6 Billion Others” project was to ask people “simple questions about their life, to receive their testimony on questions that concern us all. Thus, to find out how each identity is shaped by experience. To find out what keeps us apart, and what we can share.”

In the interviews for the climate documentary, people in different places are again being asked the same questions (sometimes modified for circumstances).

“The project is about going to places where people are being impacted already, though we can’t pinpoint any one event as a result of climate change,” Cappellin said.

“It remains in the realm of perceptions and what people are making of their experiences,” he said. “It’s about the rise – or not – or a consciousness of problems as part of a greater whole.”

For instance, because strong skepticism about human-caused climate change was not voiced by anyone he had interviewed previously in the U.S., he wanted to find people with such viewpoints during his Houston visit, the last American stop, so they could also be included.

Even so, the filmmakers have an avowed objective that would not be supported by such skeptics – to “raise awareness about the need to take urgent action,” the project brochure states.

Cappellin believes the documentary’s dozens of interviews with people in widely varied places will put “a human face” on the projected effects of climate change, while showing negotiators at the Copenhagen conference that citizens of their own nations are not the only ones concerned about the issue.

“That’s the reason I took on this job,” he said. “That was my personal motivation. I hope that we bring something very different to the conference.”