Contributing to a slender margin

Texas Democrats in the U.S. House of Representatives played a key role in helping secure the narrow passage last Friday of the American Clean Energy and Security Act – the Waxman-Markey bill, which would create a cap-and-trade system to reduce emissions of greenhouse gases.

Opponents of the measure banked heavily on persuading enough Democrats to join Republicans in voting against the Democrat-authored measure so that it would fail. Democratic members in Texas and other fossil-fuel-producing states were targeted with the argument that the bill would especially hurt their constituents. 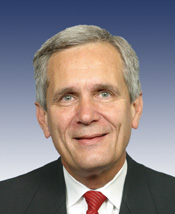 As things turned out, only three of Texas’ Democratic House members voted against the bill. The other nine Democrats in the Texas delegation voted for it. The measure passed by just seven votes – 219-212. As expected, all 20 of Texas’ Republican House members cast no votes.

The Texas Democrats voting against the bill were Chet Edwards of Waco, Solomon Ortiz of Corpus Christi and Ciro Rodriguez of San Antonio.

Gonzalez and Gene Green – the two Texas Democrats on the House Energy and Commerce Committee, where the bill originated – had been the focus of strong lobbying efforts during the panel’s deliberations. Both initially withheld their support before casting committee votes in favor of the measure after they won changes favorable to the oil industry.

Just hours before the vote, it appeared that Doggett would vote against the bill. He said on the House floor that the bill was “weak” in its attack on global warming, explaining on his Web site that “until the Climate Change Bill is greatly improved, until families share in the billions this bill grants powerful lobbies, I cannot support it.”

Later, he explained his change of heart: “I struggled deeply about whether to support the American Clean Energy and Security Act, but I finally determined that voting for it was my best hope for making it better.”

Bob Cusack, a reporter for The Hill, a newspaper that covers Congress, wrote in an analysis of the measure’s House passage that Doggett’s yes vote was “a huge blow to GOP hopes of taking down the bill.”

Cusack, noting that Democratic leaders were still a few votes short of a winning margin scant hours before the roll call, also singled out Cuellar’s last-minute decision to vote for the bill – after he was lobbied by President Barack Obama and House Speaker Nancy Pelosi – as a key factor in the outcome.

Reporting for the Politico Web site, Glenn Thrush wrote that Rodriguez and Ortiz were among only “four Democrats (who) gave their leadership an unpleasant surprise at the end of the climate change vote – and are firmly in Pelosi-Obama doghouse.” 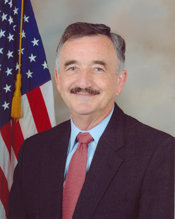 In a blog post headlined “Where in the world is Ciro Rodriguez?”, Thrush elaborated: “Rodriguez had told leadership that he was a likely yes – but then cast a quick ‘no’ vote and practically sprinted from the chamber, frustrating floor managers whose shouts of ‘Rodriguez!’ rang through the House as the final anxious votes were cast.”

The Waco Tribune quoted Edwards as saying he voted against the bill because he was “concerned it could increase gasoline and utility costs for families, farmers and businesses during tough economic times.”

Speaking on the House floor about his vote in favor of the bill, Gene Green noted that his district includes “the Port of Houston, a petrochemical complex that stretches along the Texas Gulf Coast and is home to thousands of chemical industry and petroleum refining jobs.”

He said he believed that “the refining industry could use additional assistance” – beyond what was already added to the measure – but called it “a reasonable first step to protecting our energy infrastructure and keeping good-paying jobs here at home.”

The climate/energy bill now goes to the Senate, where it faces an uncertain fate. Both of Texas’ senators – Republicans Kay Bailey Hutchison and John Cornyn – strongly condemned the proposal last week.