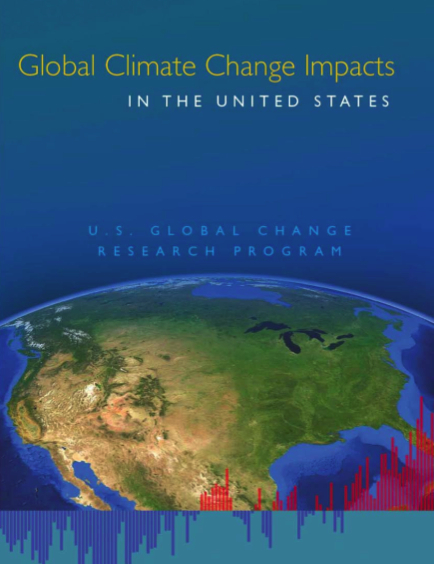 With much of Texas enduring a late-spring spell of high temperatures, the last thing many Texans probably want to hear right now is that their hot state could very well get a lot hotter.

That scenario, however, is one of the key projections in a new federal report, “Global Climate Change Impacts in the United States,” issued Monday in Washington.

With higher emissions of greenhouse gases, a large part of Texas could see more than 100 days a year with highs above 100 degrees by 2100, it said.

As manmade global warming progresses in coming decades, other impacts in prospect for Texas include greater stresses on water resources and damaging effects from sea-level rise, according to the report, which was launched in the George W. Bush administration in 2007 by 13 agencies working through the U.S. Global Change Research Program.

The 190-page document is the first major federal appraisal of region-by-region impacts of climate change in the U.S. since 2000. It incorporates scientific findings that were peer-reviewed and being prepared for publication as recently as last December.

Rising temperatures, water worries, higher sea level – all of these and additional effects of climate change have been projected for Texas in previous reports by various experts. [One such assessment is The Impact of Global Warming on Texas, commissioned by the Houston Advanced Research Center, publisher of Texas Climate News. The book was posted online in January and will be published by University of Texas Press.] 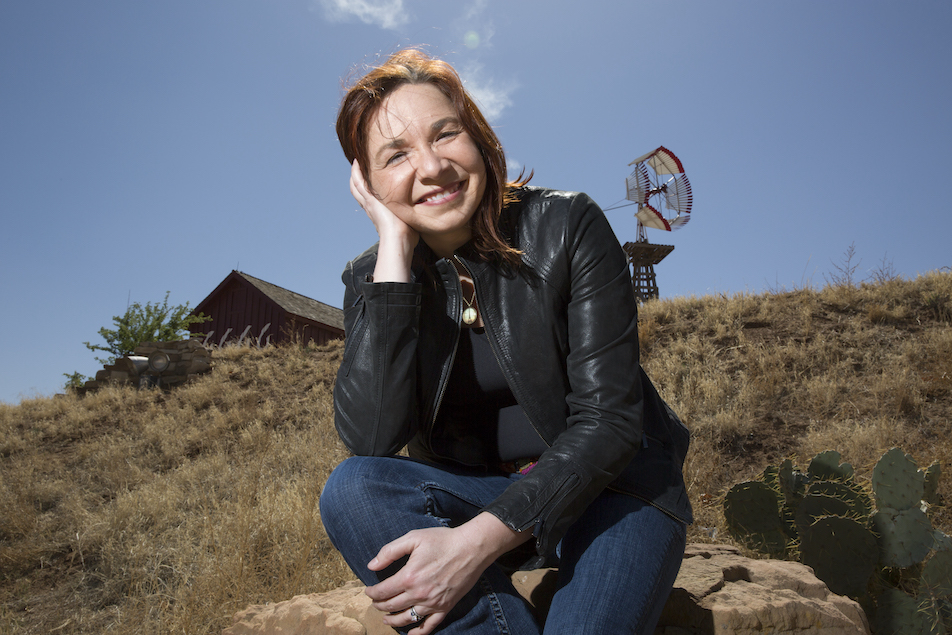 Katharine Hayhoe, a research associate professor in Texas Tech University’s Geoscience Department and a member of the new federal report’s 28-member team of authors, acknowledged that certain conclusions will seem familiar to some readers and said the new report is not meant to replace those earlier assessments.

But Hayhoe, lead author of the report’s chapter on the Great Plains region, which includes most of Texas, stressed its value in portraying the current state of scientific knowledge about how climate change is already impacting the different regions of the country and will do so in the future.

“This is the most comprehensive and up-to-date picture of how climate change will affect every region,” she said in an interview with Texas Climate News, shortly after the federal report’s release.

The report incorporates studies for various regions, economic sectors and industries and “pulls them together into one picture,” she said. “It shows how widespread climate change’s impacts are, how it’s affecting all of our lives in many ways we didn’t picture before. That’s the most powerful aspect of the report – we’re already being affected.”

A key message in the report for Texans is that the state’s natural resources are already under pressure from climate change, which will exacerbate stresses on features including Panhandle wetland areas known as playa lakes, grasslands, water resources and coastal areas in the future, she said.

There is no chapter in the report solely on Texas, but the following passages mentioning the state were gleaned from different places in the document. (The reference in the first passage to a “higher emissions scenario” pertains to the authors’ use of different future levels of emissions of greenhouse gases in making projections. They included this disclaimer: “None of the emissions scenarios used in this report assume any policies specifically designed to address climate change. All, including the lower emissions scenario, assume increases in heat-trapping gas emissions for at least the next few decades, though at different rates.”)

A more comprehensive idea of the report’s conclusions relevant to Texas comes from the “key issues” listed for each of the three national regions including parts of the state. A narrow area along the coast and stretching northward along the state’s borders with Louisiana and Arkansas was included in the report’s Southeast region. Most of the state was included in the Great Plains region. The westernmost tip of the state, including El Paso and the Big Bend country, was considered as part of the Southwest region. The authors’ “key issues” for the three regions:

With the hotly contested Waxman-Markey bill to limit greenhouse emissions making its way through Congress, the report authors and Obama administration officials took pains to emphasize that work on the regional appraisal had begun during the Bush administration, that it represents a broad and thoroughly-vetted scientific consensus and that it does not include specific policy recommendations.

Still, the report included this cautionary note that clearly relates to the broader debate on the scope of emissions cuts that the nation (and world) should undertake:

“Implementing sizable and sustained reductions in carbon dioxide emissions as soon as possible would significantly reduce the pace and overall amount of climate change and would be more effective than reductions of the same size initiated later.”

And administration officials were just as clearly hoping that the report would help move public opinion toward greater support of for the kinds of emission reductions that President Barack Obama has called for.

The Wall Street Journal’s Keith Johnson reported these comments from Obama appointees upon the report’s release:

John Holdren, the presidential science advisor, was asked during the presentation of the paper if the report and its dire conclusions were meant to change votes, since the contentious Waxman-Markey bill faces plenty of sniping in Congress. Short answer – no, but yes:

“This report is not about a policy or a particular piece of legislation. It is about the science, and why we have to act sooner rather than later […] It is part of a larger process of public and policy-maker education, to help move ahead smartly after many years of dithering and delay.”

Jane Lubchenco, the head of the National Oceanic and Atmospheric Administration and another star player in Team Obama’s green lineup, cut to the chase: “Much of the foot-dragging on climate change is a reflection of the public’s perception,” she said, calling the new report a “game changer.”