A message from Bill Dawson, editor 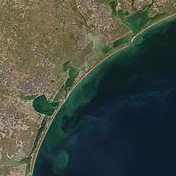 Welcome to Texas Climate News, a new online magazine about climate change and sustainability. TCN will present a steady stream of original reporting on these closely linked subjects. We’ll also provide a regularly updated guide to relevant reports by others.

This Web site will publish public-interest journalism, based on traditional journalistic principles of independent-mindedness, accuracy and fairness.

You’ll find our major original reports under the Feature Stories heading. Most items in that department will be text-based articles, but we also plan to offer audio and video reports.

Shorter items will be published here on our blog, the TCN Journal. Some will be based on our original reporting. Others will mainly point to information published elsewhere. TCN Journal will include interpretation and context, but it’s a news blog, not an opinion blog.

Other Reports, our third department, will be a frequently updated guide to reports by news organizations and others.

A brief self-introduction: I’ve spent most of my three-decade journalistic career writing about the environment, science, health and related subjects. Among other jobs I’ve held, I was the Houston Chronicle’s environment writer from 1984 to 2001. I’ve reported on climate change since the late 1980s.

Texas Climate News is published by the Houston Advanced Research Center, a not-for-profit organization based in The Woodlands, Texas. HARC is “dedicated to improving human and ecosystem well-being through the application of sustainability science and principles of sustainable development.” It was founded in 1982 by the prominent businessman George P. Mitchell in a partnership with four Texas universities.

TCN is being launched with support from HARC and Houston Endowment, “a private philanthropic foundation that improves life for the people of the greater Houston area through its contributions to charitable organizations and educational institutions.” That means this magazine is part of a growing trend in American journalism. Non-profit initiatives like this one are gearing up across the country in an effort to replace some of the public-affairs coverage that’s vanishing as commercial news organizations eliminate more and more jobs.

Reporting about complex issues such as climate change and sustainability nourishes the ability of citizens in a democratic society to understand and deal with the challenges they pose. Texas Climate News is admittedly a small enterprise, but we’ll do what we can to help shed light on the crucial subjects we cover.