“The impact of warming on the West’s river flows, soils and forests is now unequivocal,” they wrote. “There is a clear longer-term trend toward greater aridification, a trend that only climate action can stop.” 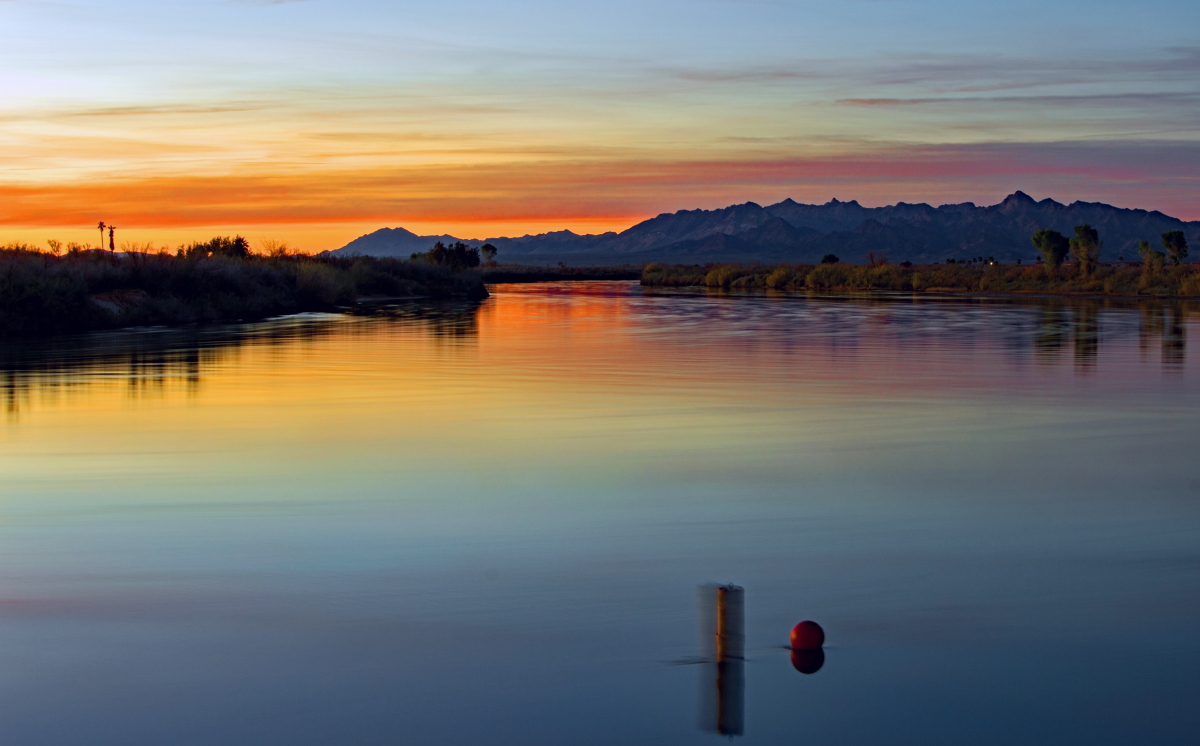 Since late last century the flows of the Colorado River and the Rio Grande have diminished.

The great American West is becoming inexorably more parched, with an inescapably arid future ahead. The winter snows will be lighter, and the spring melt much earlier. The river flows will slow, in some cases to a trickle, trees will die, and catastrophic wildfires will become more frequent. Agricultural harvests will be affected, and droughts will become more protracted.

The trend is clear and – without dramatic action by global governments to reduce greenhouse gas emissions and slow global warming – is likely to be costly for one of the world’s richest nations.

“The impact of warming on the West’s river flows, soils and forests is now unequivocal,” say Jonathan Overpeck, of the University of Michigan, and Bradley Udall, of Colorado State University, in the Proceedings of the National Academy of Sciences.

“There is a clear longer-term trend toward greater aridification, a trend that only climate action can stop.”

They make a point other researchers have repeatedly made over the last decade: that droughts will become longer and deeper in the U.S. West, that climate change can only harm the U.S. economy, and that the areas of increasing aridity are slowly shifting eastward. Once rich soils could soon no longer sustain the crops of American farmers.

The comments were triggered by a recent study in the same journal by a U.S. Geological Survey team. Scientists used tree ring records and data for the first decade of this century to measure change in flow in the Upper Missouri River basin.

They concluded that recent regional warming, driven by increasing greenhouse gas emissions worldwide, aligned with “increasing drought severities that rival or exceed any estimated over the last 12 centuries.”

The U.S. West, and the Southwest, is used to drought, sometimes sustained. In the past the snows have returned, the rivers have swollen again. But Overpeck and Udall think this is now a wrong assumption.

“We now know with high confidence that continued emissions of greenhouse gases into the atmosphere guarantee continued warming, and that this continued warming makes more widespread, prolonged and severe droughts almost a sure bet. Greater aridity is redefining the West in many ways, and the costs to human and natural systems will only increase as we let the warming continue.”

The rivers of the U.S. Southwest are the only large, sure water supply for 40 million Americans. But since the late 20th century the flows of the Colorado River and the Rio Grande have fallen, and this is in large part due to ever higher temperatures, driven by ever greater consumption of fossil fuels. Higher temperatures mean that the atmosphere can absorb ever greater levels of water vapor, to dry out the soils.

This extra vapor would normally fall as rain or snow – and it certainly has in some parts of the U.S. – but all the evidence suggests that droughts in the Southwest will increase both in frequency and intensity.

All nations have been slow to act decisively on climate change: President Trump has notoriously denounced climate change as a “hoax” and promised to withdraw the US from the only global agreement that promises concerted action.

“Perhaps most troubling is the growing co-occurrence of hot and dry summer conditions, and the likely expansion, absent climate change action, of these hot, dry extremes all the way to the East Coast of North America, north deep into Canada, and south into Mexico,” the two scientists write.

“Unfortunately, climate change and this aridification are likely to be irreversible on human time scales, so the sooner emissions of greenhouse gases are halted, the sooner the aridification of North America will stop getting worse.”